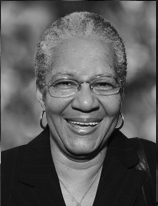 Stacia Murphy was elected to the Foundation’s Board in August 2013, elected Secretary in January 2015 and Treasurer in 2019. She is a member of the Smithers Center at Columbia University Medical Center.

Ms. Murphy was President of the National Council on Alcoholism and Drug Dependence (NCADD) from 1999-2006. Prior to that she was the Executive Director of the Alcoholism Council/Fellowship Center, the New York Afﬁliate of NCADD, from 1984—1999.