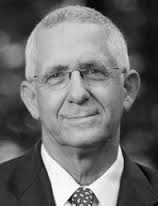 Samuel B. Bacharach was elected Member and Director of the Foundation in January 2015 and elected Vice President in 2019. He is the McKelvey-Grant Professor in the Department Of Organizational Behavior at the School of Industrial and Labor Relations (ILR) at Cornell University. He is the director of Cornell’s New York City-based Smithers Institute for Alcohol-Related Workplace Studies, a research institute that focuses on alcohol use and abuse in the context of the workplace. As such, with his colleagues at Cornell and other universities, he conducted studies on Member Assistance Programs, which launched a NIAAA-funded study on drinking and blue-collar workers. In turn, the Smithers Institute’s interest in blue—collar workers fueled another NIAAA-funded study that examined drinking behavior among retired workers. Taking up the theme of “transition” and drinking, the Smithers research team tackled the college-to-work transition in another NIAAA-funded research project, investigating the drinking behavior of recent graduates as they enter the workforce. Still maintaining an interest in, “transition” the Department of Defense just awarded the Smithers Institute a four-year grant to examine the soldier-to-veteran transition, with a special emphasis on changes on drinking behavior as the newly discharged veterans enter the workforce. One of the goals of the Smithers research team is to inform researchers in the ﬁeld of management, organizational behavior, and organizational psychology as focusing on issues related to alcohol and substance use and abuse as part of their overall HR and work wellbeing policies.