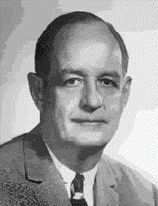 The Chairman and Founder of the Christopher D. Smithers Foundation, Inc. was born on July 30, 1907 at the family home in Glen Cove, New York. Educated at the Browning School in New York City and St. George’s School at Newport, Rhode Island, Brinkley Smithers entered Johns Hopkins University, Baltimore, Maryland in the fall of 1927. It was his intention to become a physician and Johns Hopkins had one of the prominent medical schools of this country.

After his second year of pre-med study, Mr. Smithers began evidencing the early signs ofalcohol use disorder. His father thought he was using school as a country club and withdrew him from Johns Hopkins. He began work in the autumn of 1929 as a trainee at Brown Brothers & Co., investment bankers in Wall Street, New York City just two weeks before the historical financial “crash” which ushered in the “Great Depression” of the 1930’s.

After two years of training in investment banking, Mr. Smithers joined the 1932 summer sales school, held by IBM at its original plant in Endicott, New York. Brinkley’s father had felt, for some time that the nature of the Wall Street brokerage business was not as constructive as the direct production of needed tools for the future expansion of the national and international economy. He remained with IBM until he had worked his way up to become Manager of the Tabulating Division at the company’s Washington office. During this time he participated in the closing of the largest order for accounting machines in the company’s and the world’s history-this sale was made to the Federal government’s Social Security Board in October, 1936.

Shortly afterward, Mr. Smithers found that “his work was interfering with his drinking” and he resigned from the firm at age 30, much to his father’s disappointment. He bought a farm in Maryland and was immersed in being a farmer until World War 11 broke out. Entering the Army as a First Lieutenant, he was discharged in 1945 as a Major.

A few months later, in January, 1946 his sister, Mabel, died suddenly. Since she was the only other living child, his father and mother were in shock. Brinkley sold his farm and came home to Locust Valley, Long Island, New York. In his home area, “Brink” Smithers established a Kaiser-Frazer auto franchise and took into partnership a boyhood friend. Both Smithers and his partner were heavy drinkers and after his friend died suddenly due to alcohol use disorder, Brinkley finally realized that he, too, had a drinking problem.

After hospitalization and education from various sources on the problem of alcohol use disorder, he established the Christopher D. Smithers Foundation in 1952 after his father’s death.

After recovering from alcohol use disorder in 1954, Mr. Smithers dedicated his life to the creation of a better understanding of alcohol use disorder. After attending the Yale Summer School of Alcohol Studies in 1956. Brinkley Smithers decided that the family charitable foundation should concentrate on this health problem. He also shared his personal resources to the fight against this disease.

He was elected to the Board of the National Committee on Alcoholism (now the National Council on Alcoholism and Drug Dependence) in 1954. He served for 10 years in various volunteer leadership capacities within NCADD – as Treasurer, President and Chairman. Mr. Smithers; was Honorary President of NCADD and a member of the Executive and Nominating and Awards Committees.

A strong advocate of grass roots involvement in the war against alcohol use disorder, Mr. Smithers and the Foundation provided seed grants to help establish NCADD Affiliates in 36 states and the District of Columbia. He founded the Long Island Council on Alcoholism and co-founded the Alcoholism Council/Fellowship Center of York, both NCADD Affiliates.

Mr. Smithers and the Foundation joined with the U.S. Department of Health, Education and Welfare to fund the move of the Center of Alcohol Studies from Yale University to Rutgers University in 1962.

His $ 10 million grant to New York City’s Roosevelt Hospital in 1971 established the Smithers Alcoholism Treatment and Training Center, the first program of its type in the world to be an integral part of a major hospital, providing detoxification, rehabilitation and professional training. This was the largest grant ever made by any individual or organization (including the Federal government) to the fight against alcohol use disorder.

A $6.7 million gift from Mr. Smithers to Cornell and Rutgers Universities’ “Smithers Institute for Alcohol-Related Studies” 1986 established the R. Brinkley Smithers Institute for Alcoholism Prevention and Workplace Problems, the only permanently endowed cooperative effort involving research, teaching, publications and outreach of initiatives in the alcohol field. Mr. Smithers was a 1989 Nobel Peace Prize Nominee. He received scores of major awards from local, state, national and international organizations in recognition of his pioneering work to combat alcohol use disorder worldwide. He was awarded an Honorary LL.D. degree from Rutgers University, an Honorary Doctor of Humane Letters degree from New York Medical College and received the Ezra Cornell Award from Cornell University.