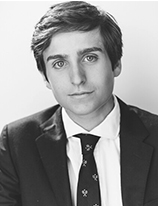 Christopher B. Smithers, Jr. son of Christopher B. and Nikki D. Smithers, was elected Secretary of the Smithers Foundation at its Annual Meeting in October 2022. He is attending Cornell University, studying at the School of Industrial and Labor Relations.

A former intern at the Long Island Council on Alcoholism and Drug Dependence (LICADD), he has conducted thorough research on the opioid epidemic. Under the mentorship of Columbia University’s Dr. Milton Wainberg, he created a first-of-its-kind prototype system to track prescription pills through an implementation of blockchain technology into the Prescription Drug Monitoring Program (PDMP). Through this research he was able to conclude that the PDMP is flawed and a blockchain based system can be used to detect hotspots where opioids are being overprescribed in real time. In May 2019 Christopher presented his research at the Global Mental Health Conference in Johannesburg, South Africa. While at this conference, he connected with researchers at the Foundation for Professional Development where he accepted a summer internship in East London, South Africa. During this internship he collected data on HIV Vulnerable women and their willingness to take Pre-Exposure Prophylaxis to prevent them from an HIV infection.

Christopher has a deep interest in Astronomy and Astrophysics, having taken many related courses back in high school at Stanford Online High School as well as in college at Cornell University. While having finished calculus and advanced physics mechanics by his sophomore year of high school, he conducted research at California Institute of Technology under the mentorship of Dr. Anton Kapustin. While here Christopher, co-ran simulations in C# and Python on a problem in statistical physics involving an Ising Model.