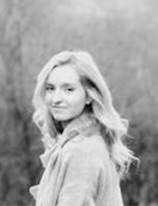 Brinkley Smithers, daughter of Christopher B. and Nikki Smithers, was elected Secretary of the Smithers Foundation at its Annual Meeting in February 2019. She is attending NYU’S Tisch School of the Arts for ﬁlm.

While volunteering at the Long Island Council on Alcoholism and Drug Dependence (LICADD) when she was a high school senior, Brinkley zeroed in on an idea of writing a script for a PSA Video on the opioid crisis, titled “Hey Charlie.” The project came to life. The impactful ﬁlm, “Hey Charlie” is also the centerpiece of a broader effort, titled #StoptheSpiral. LICADD honored Brinkley Smithers with the Community Champions Award for the creation of “Hey Charlie” PSA Video at the 2018 Annual Adele C. Smithers Angel Ball. The award reads, “ln grateful appreciation of your creativity, vision, and dedication to recovery.” She also received the “Suffolk County Citation of Achievement” from the Suffolk County, New York, Legislature and the District Attorney’s ofﬁce for her vision and motivation to combat the substance abuse crisis on Long Island.